As ActionAid together with the 2 partners (BAN 7 ABC Development) are set to implement the “Action for Inclusive Social Economic Service Delivery in Kambia District” a 3-year project. ActionAid and partners BAN, and ABC Development thought it fit to engage the Chiefdoms that this project will be implemented in before the project implementation kicks off “ we believe that the people should own the process right from the start” Desmond Kanneh Acting Project Coordinator express. The rationale for this engagement, is to get community buying and involvement into the project right from the start of the project, which will facilitate a smooth project implementation in the chiefdoms this project is set to be implemented in.

Receiving the news from the team all Paramount Chiefs and other community heads were pleased and lauded ActionAid, BAN and ABC Development for such a venture. Paramount Chief Alimamy the Fifth of Masungbala had this to say, “We have no doubt in ActionAid and the partners who will be implementing this project, we are confident that the 3 years will bring a change in the chiefdoms this project will be implemented in”. In Magbema, Paramount Chief Bai Farama Tass Bubuangbak added this “we want to assure European Union that they have made no mistake in awarding ActionAid, BAN and ABC Development this Project, we believe these 3 can deliver well on this project”. 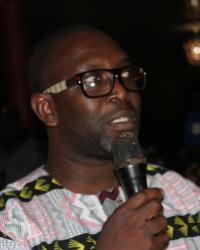